Our cold wet April has blossomed into a cold wet May. I shouldn’t complain, since we need whatever moisture we can get, but a few balmy spring days would be nice.

Shorebirds on the northern Oregon coast peaked last week. This Black Oystercatcher was one of four hanging out at the Seaside Cove.

Black Turnstones are common in winter at Seaside Cove, but the few that remain are sporting crisp breeding plumage.

A single Ruddy Turnstone has been at The Cove for a while now.

Songbirds have been moving, too, despite the weather. This Common Yellowthroat was singing at Cooper Mountain Nature Park.

The locally nesting White-crowned Sparrows are on territory and ready for nesting.

Ruby-crowned Kinglets don’t nest around here, but they have been singing like crazy. I cannot seem to get a decent photo of a kinglet, but at least the parts of this bird we can see are clear.

In the “totally creepy and yet fascinating” department: here is a second cycle Western Gull showing the structure of their tongue. I didn’t realize their tongues were that big, let alone such an interesting shape. The more you look, the more you see.

This Common Scoter was recently found in Siletz Bay, just south of Lincoln City. This is only the second record of this species in North America, so he was definitely worth chasing.

The Common Scoter seems pretty comfortable in Siletz Bay, feeding and resting near the pull-out just south of the Schooner Creek bridge, so he was an easy tick. I just showed up and there he was. It can seem a little anticlimactic when a staked-out bird is too easy to find. But the advantage of such a situation is that you have the time to explore the surrounding area. On this day I birded from the D River in Lincoln City to Boiler Bay. This whole area is covered on pages 155 – 157 of Birding Oregon. There are a lot of birds packed into just over two pages. Or perhaps my writing is just very concise. 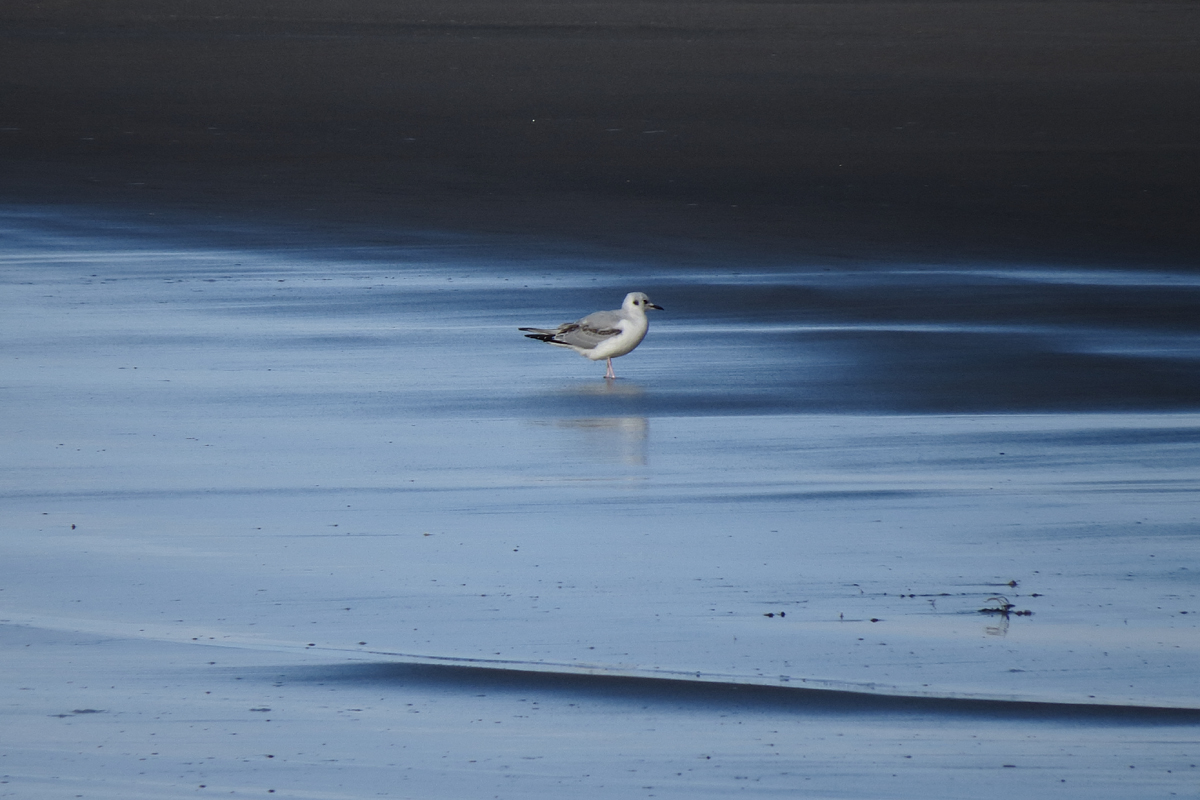 This Bonaparte’s Gull was hanging out at the D River. 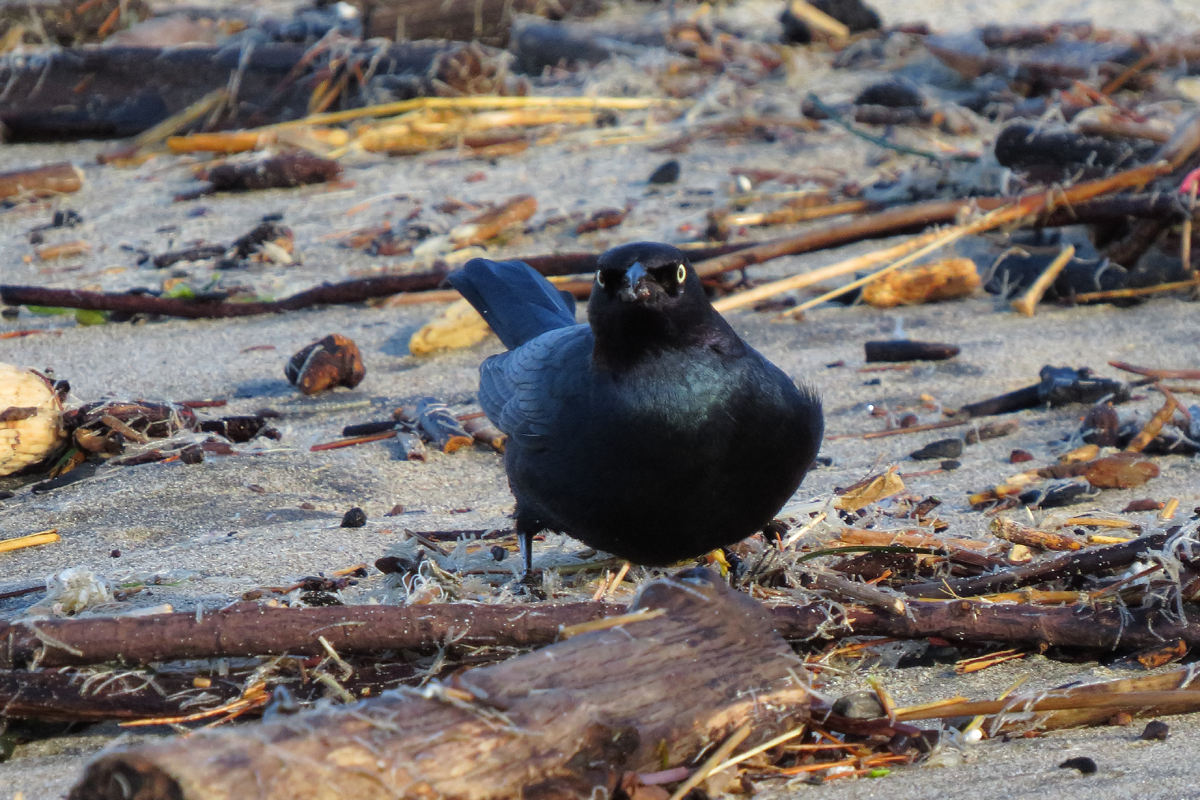 female Brewer’s Blackbird, D River. I find female Brewer’s to be much more photogenic than males. Perhaps my camera just doesn’t do well with extreme blacks and whites. 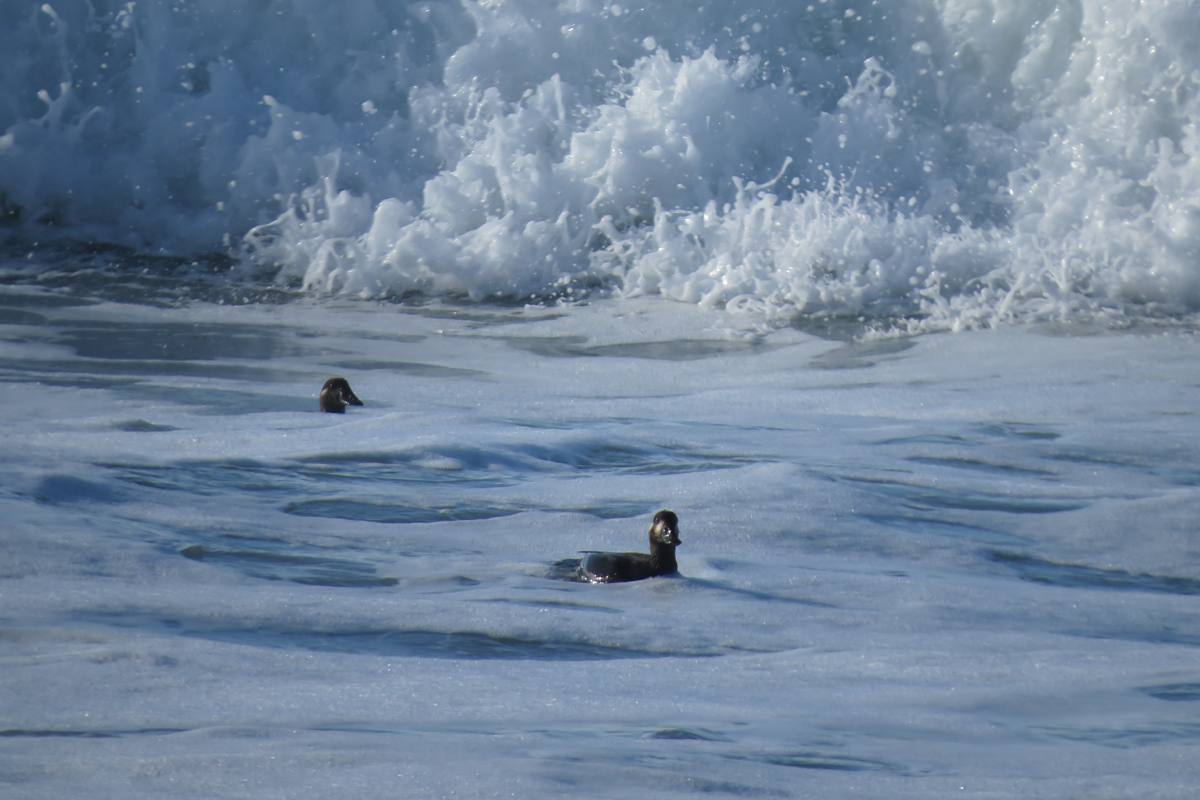 Surf Scoters in the surf

The sand spit at the mouth of Siletz Bay is a favorite haul out spot for Harbor Seals. 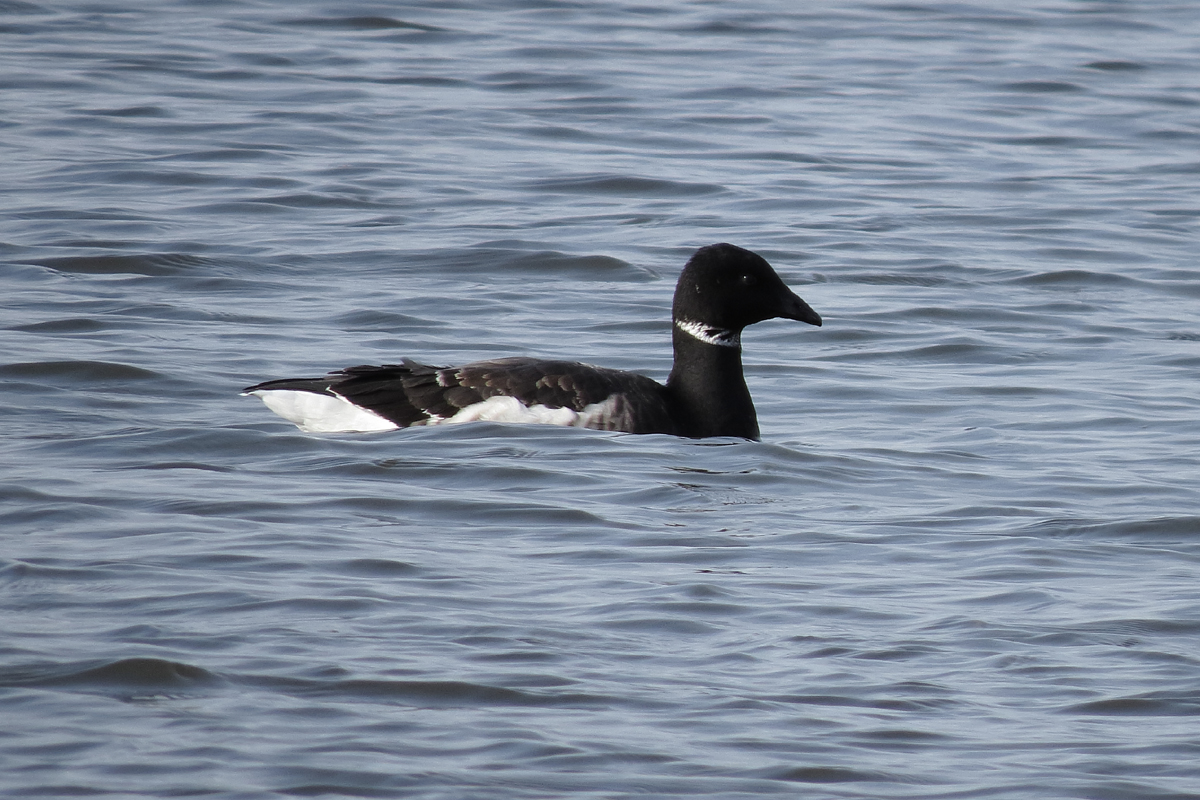 A little farther up the bay, I found two Brant. I don’t get to see then often enough.

Recent storms have brought a lot of Red Phalaropes to the coast and points inland. These birds were hanging out at the Salishan golf course. 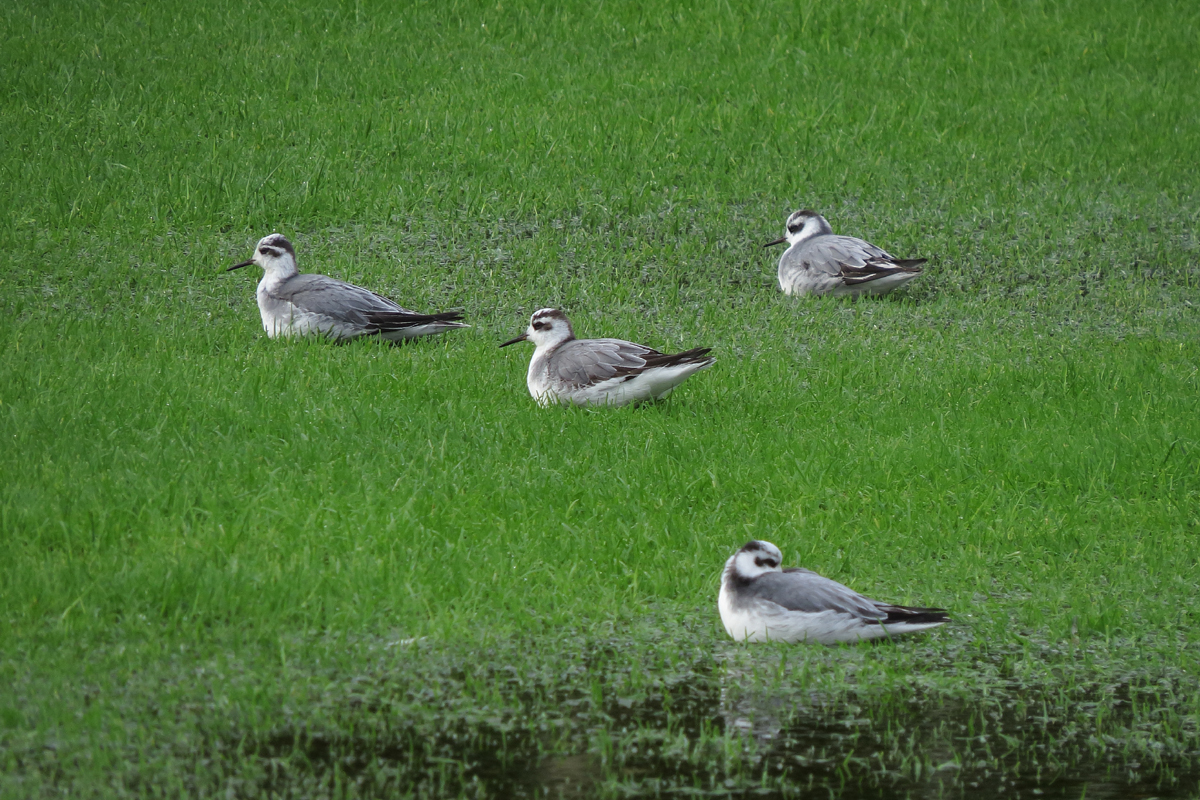 It’s nice that a golf course is actually being good for something.

I saw some nice birds at Boiler Bay, but most were too far out for photos. This Thayer’s Gull was perched on this little knob of rock for several hours.

One can often get close looks at Black Oystercatchers at Boiler Bay. This bird was particularly vocal.

The Siletz Bay area is typically not a big birding destination, with the exception of Boiler Bay. But this stretch of the coast can be very birdy, so it was nice that the Common Scoter has inspired so many birders to explore the area. Cheers.

I took my shorebird class to the coast, from Cannon Beach to Hammond. While birding overall was good, the shorebirds were less than stellar in both number and diversity.

Black Oystercatcher is a reliable species on Haystack Rock.

Nesting season is still in full swing on Haystack Rock. Here is a Tufted Puffin among some Common Murres.

The rocks at the Hammond Boat Basin continue to be a reliable high-tide roost for Marbled Godwits and Whimbels.

Of course, you can’t go to the coast without appreciating the gulls. Here is a Heermann’s Gull in a rather unflattering stage of molt. 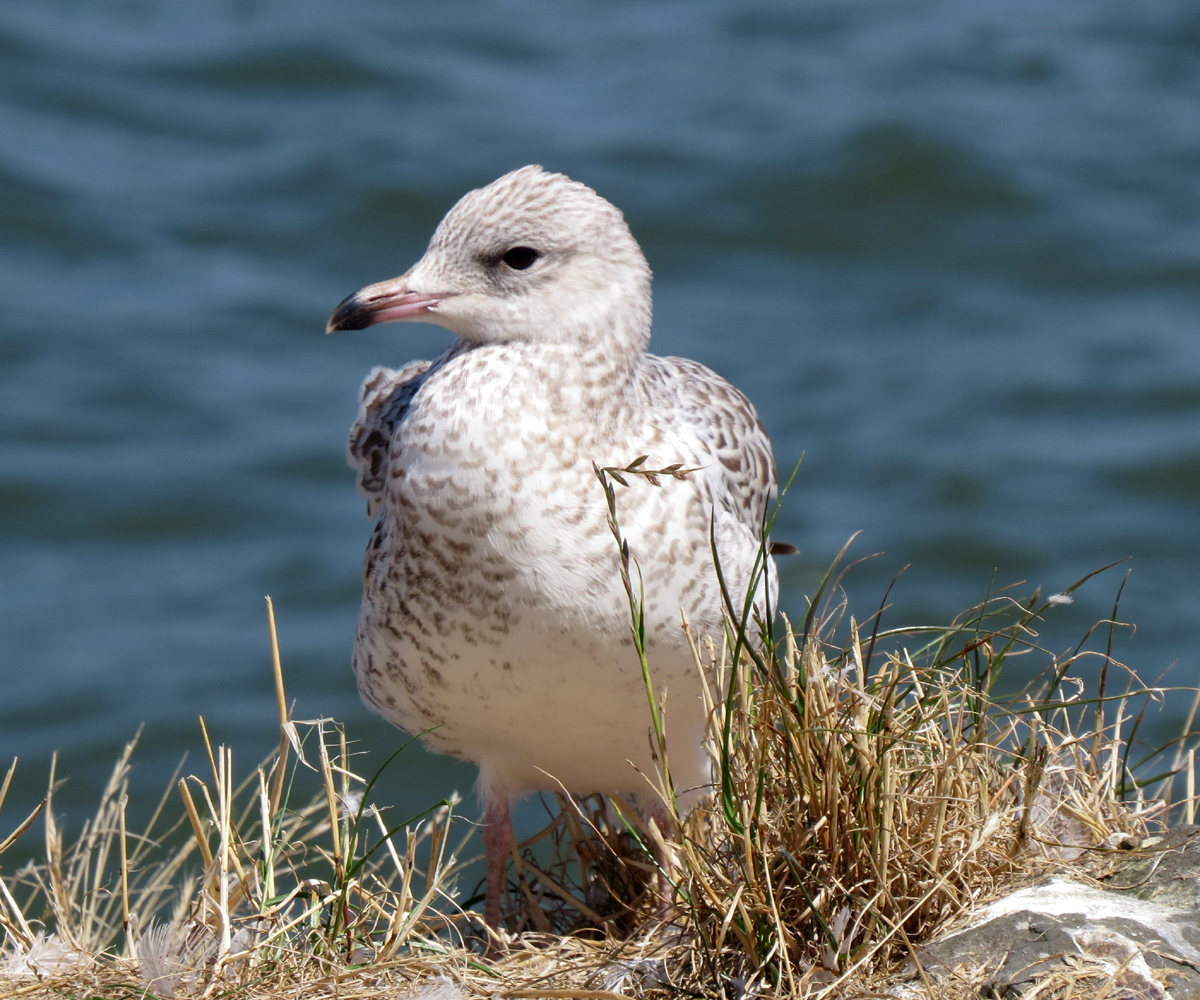 One of the more interesting sightings of the day was a pair of Red Crossbills on the shore of The Cove in Seaside. These birds are usually hard to see as they cruise the tops of large conifers. This pair was down to take salt from the rocks in the intertidal zone. (male pictured, the female eluded the camera)

For the purposes of my shorebird class, it would have been much better to find Black Turnstones, Ruddy Turnstones, Wandering Tattlers, and Surfbirds at this site, but you can’t complain too much when you get to see Crossbills on the beach.

I spent a warm sunny morning around Cannon Beach and Seaside. The first stop was Silver Point, just south of Cannon Beach, for a sea watch. There were plenty of birds out there, way out there. It is what I call birding at the edge of imagination. You have an idea of what you are seeing, but realistically, there is a lot of guessing involved. I did see the wing flash of Sooty Shearwaters and several flocks of White-winged and Surf Scoters, but most of what I saw were unidentifiable specks. Nala was waiting somewhat patiently in the car, so we soon went to Tolovana Wayside and walked to Haystack Rock.

The tide was coming in, so I couldn’t get too close to the rocks. Still, you could see several Harlequin Ducks. Here is a male and female, with a Black Oystercatcher on the right. I didn’t see the Oystercatcher when I was in the field, only when I developed the photo. 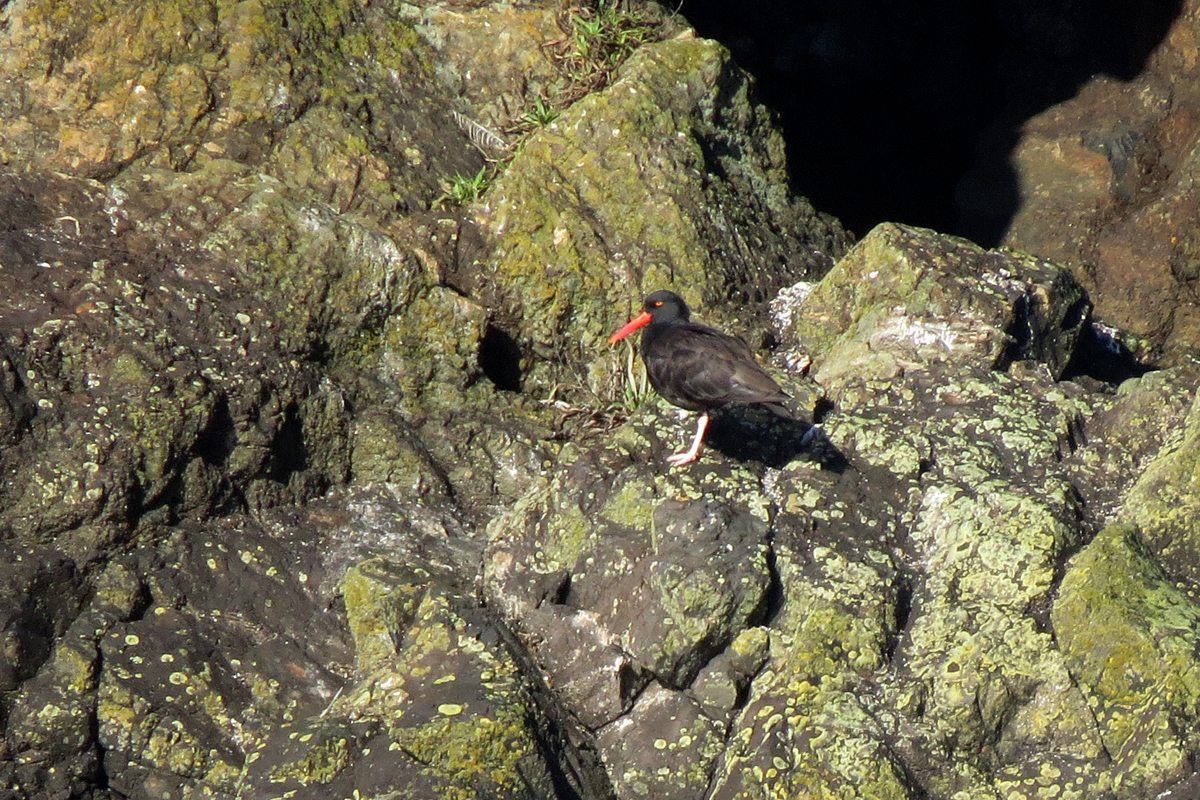 A log, which has obviously been in the water for a long time, had washed up on shore, and the American Crows were busy picking at the barnacles. 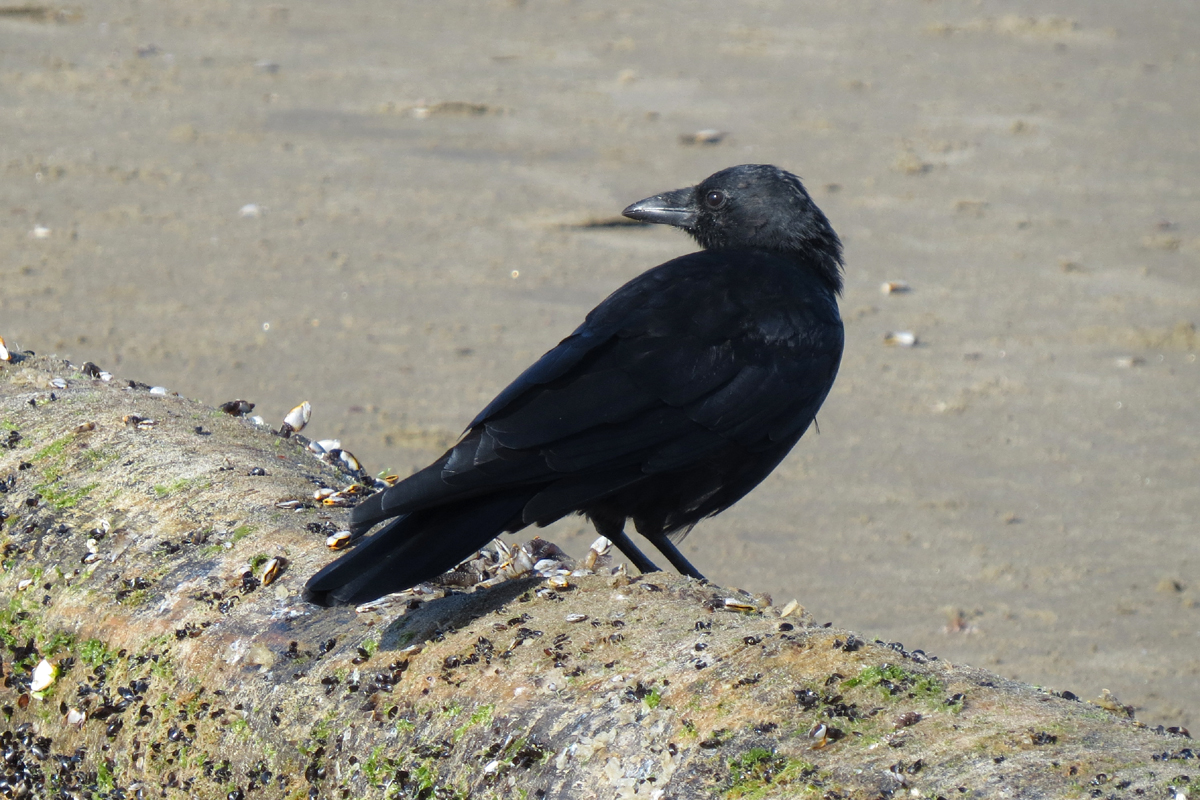 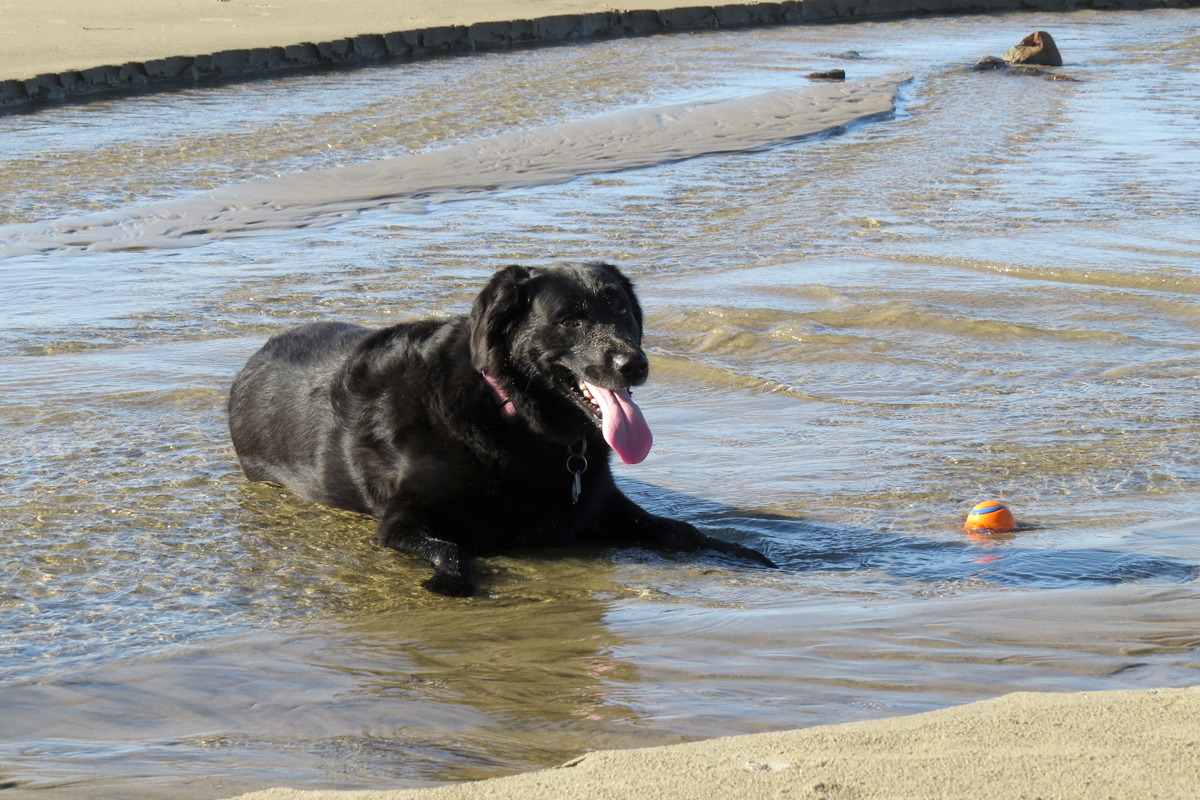 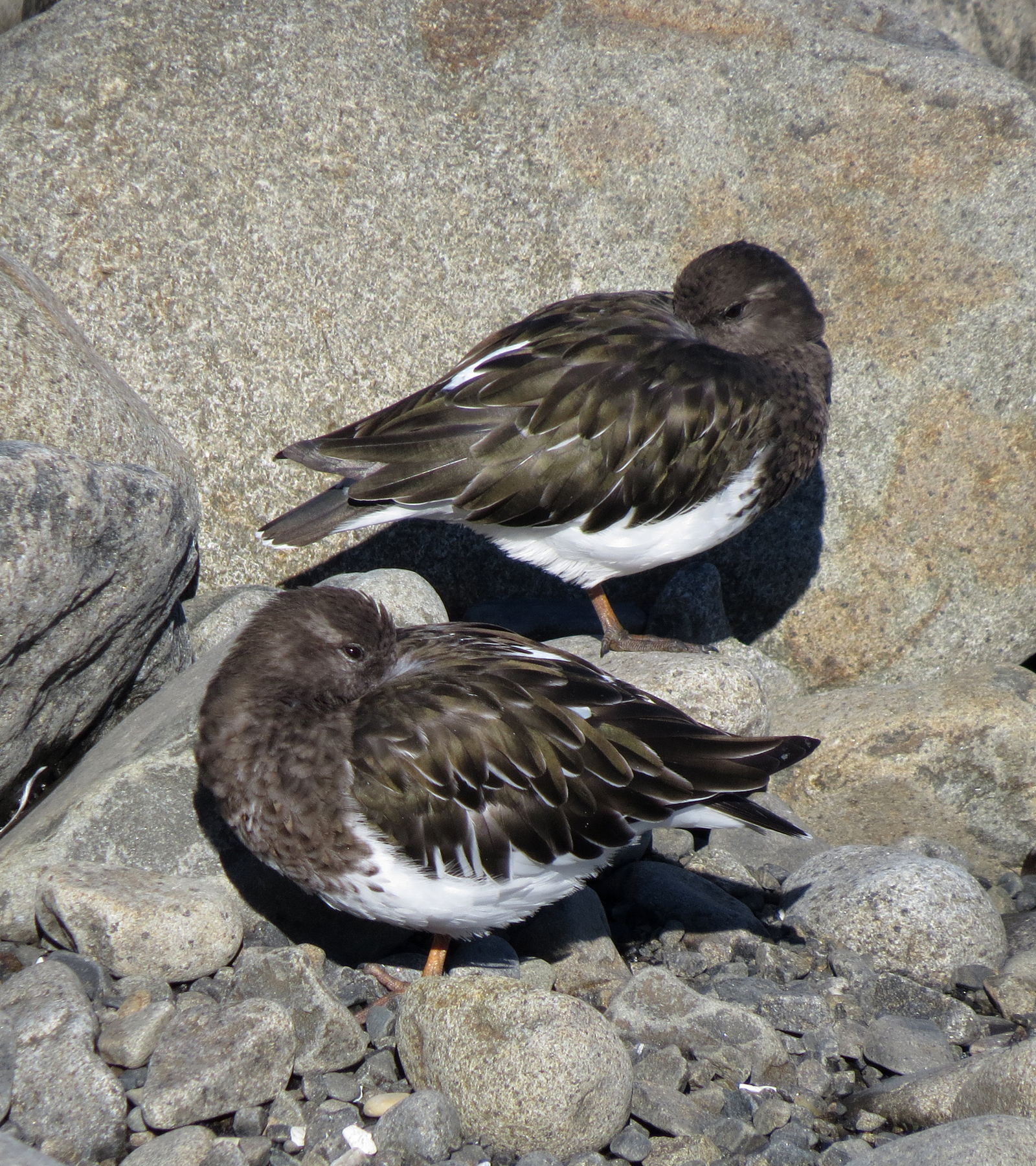 The next stop was the Cove, at Seaside. As is often the case, there was a nice congregation of Black Turnstones on the rocks. 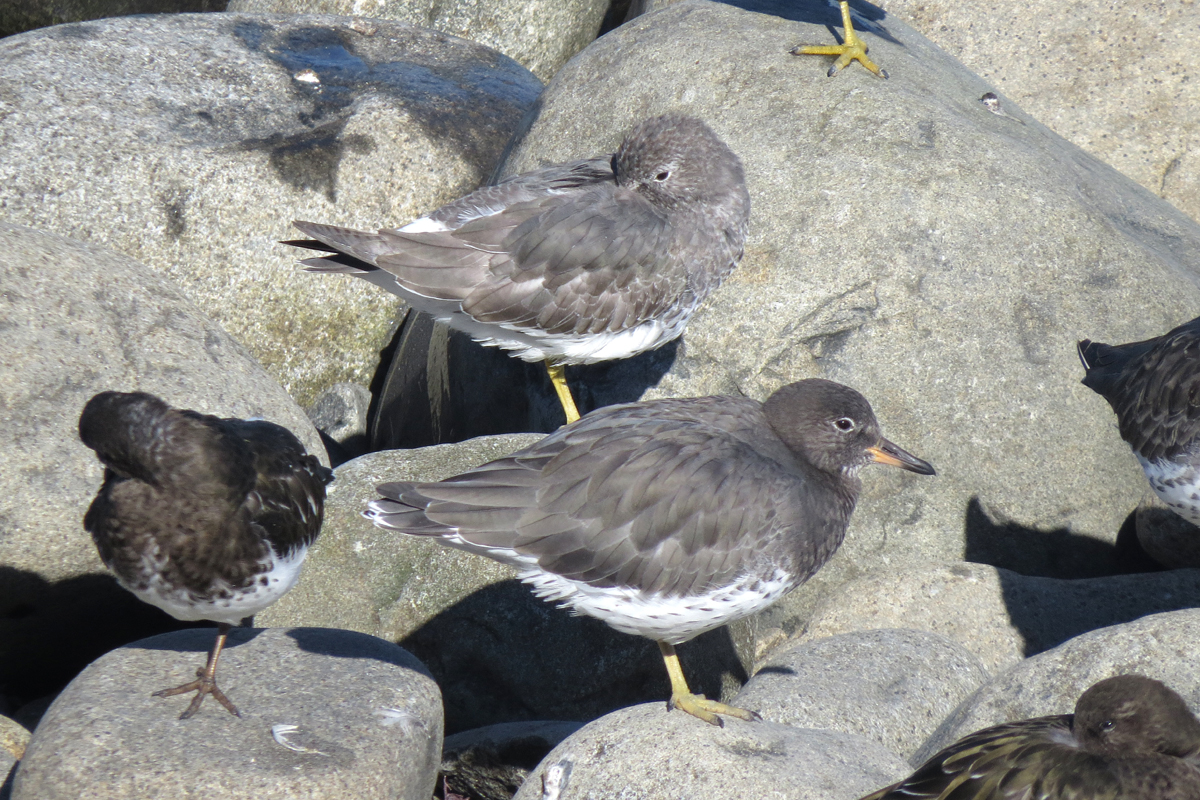 There were also good numbers of Surfbirds.

Our last stop was the Necanicum Estuary. This spot is very hit-or-miss, with either lots of birds or none. Today was closer to the latter. But along with the few California Gulls were several Caspian Terns still feeding young. Most Caspian Terns have already moved south, so it seems late to have begging fledglings still around.

I took my shorebirds class to Seaside. At the Cove, we found Black Turnstones, Surfbirds, and these Black Oystercatchers. 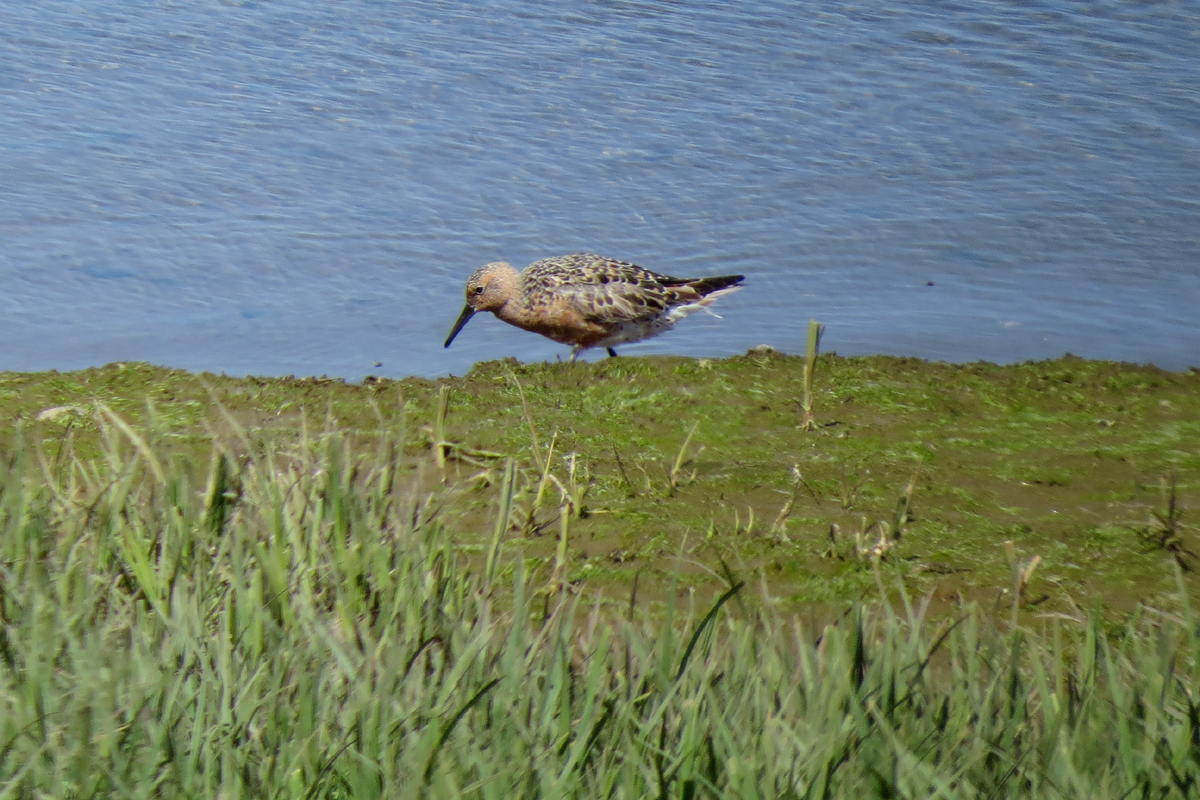 Best bird of the day was this Red Knot at the Necanicum Estuary. 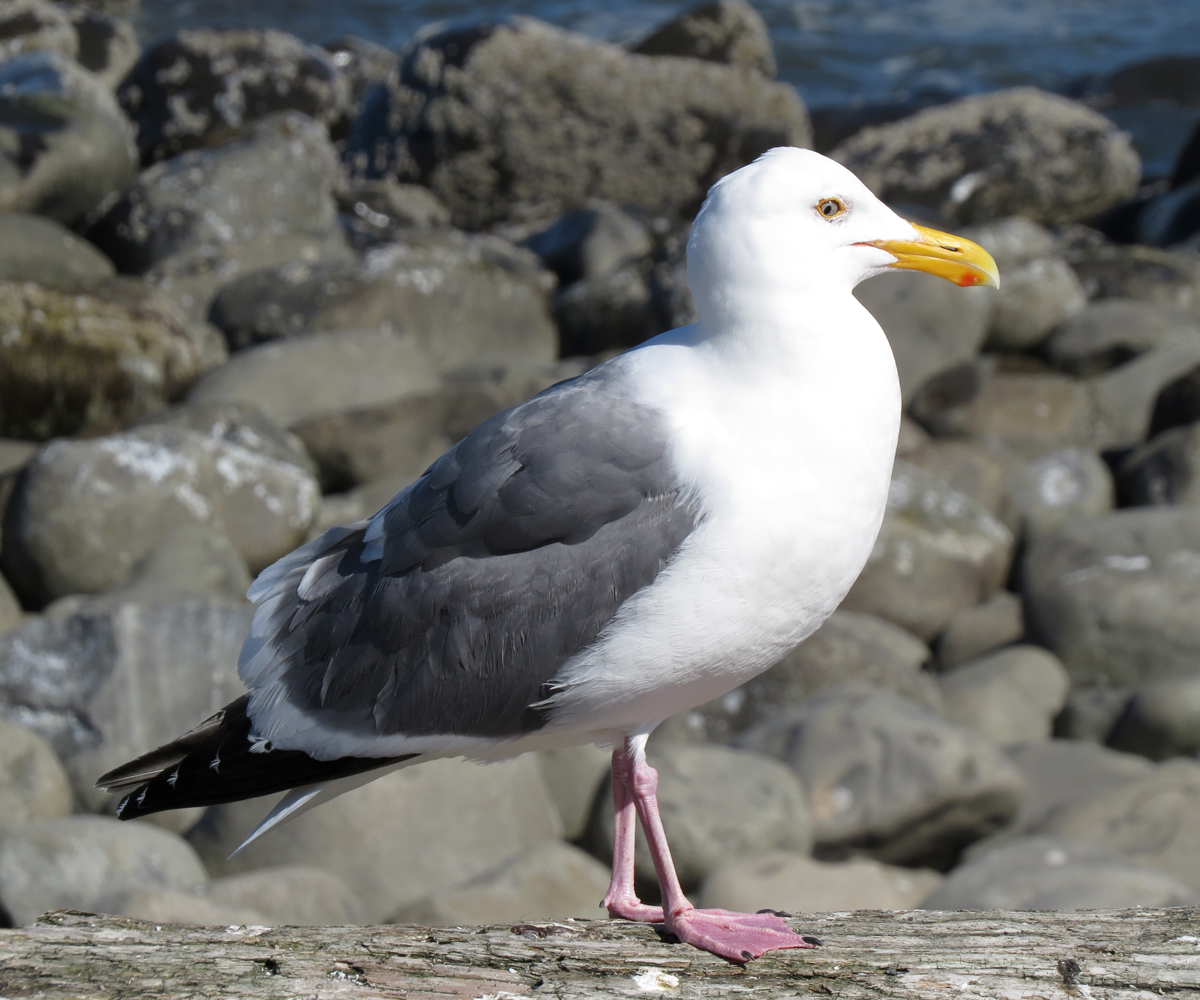 OK, not a shorebird, but this Western Gull was just standing there, waiting to be photographed. (and Western Gulls are about the only species around right now)

I took my Portland Audubon class to Tillamook Bay (Birding Oregon p. 125). We found strong winds, high tides, and rough seas, but the weather was warm and mostly sunny. This photo was taken on the bayside of Bayocean Spit. The water was high enough to cover the mudflats, so we didn’t find any shorebirds, but we did find good numbers of gulls loafing in the shallow water. 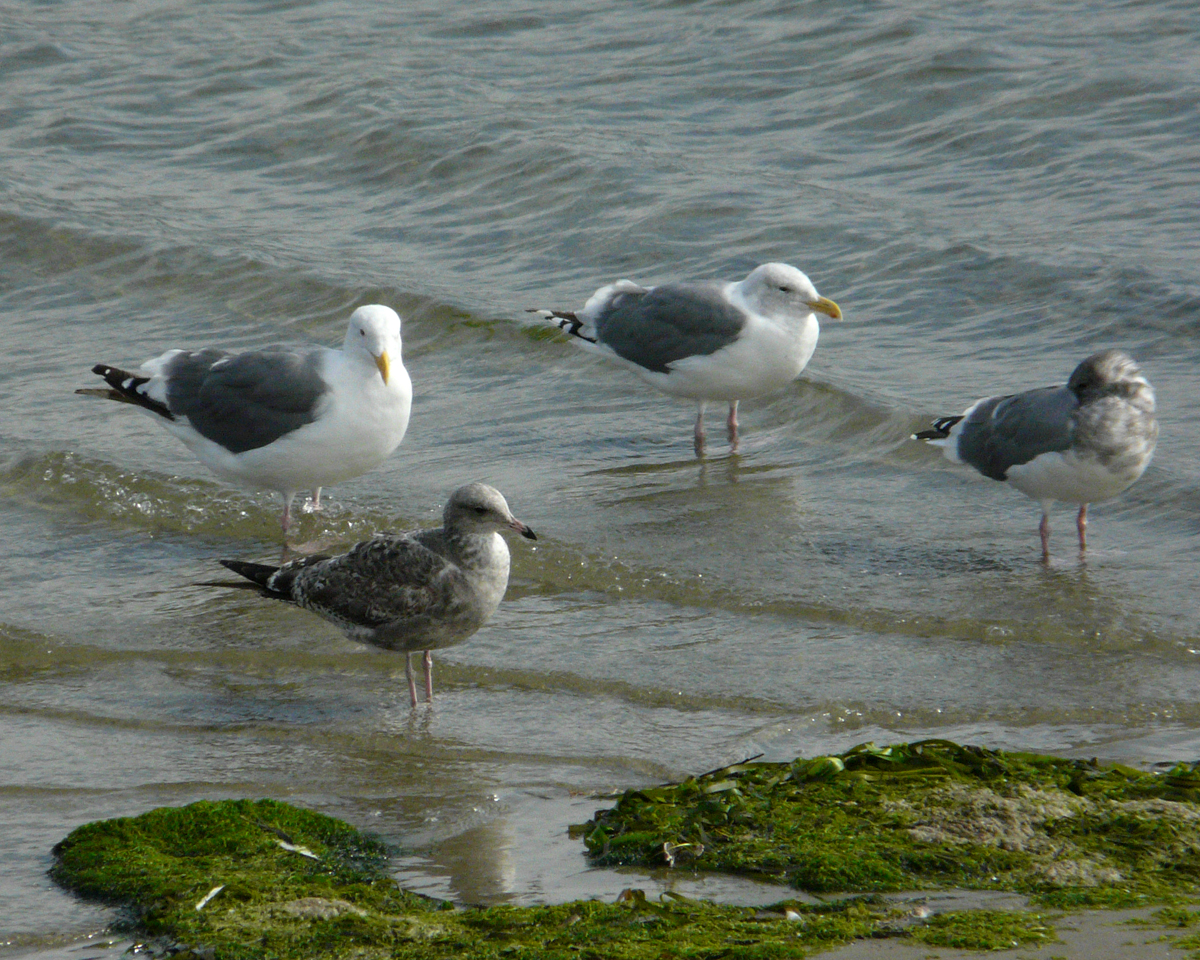 The largest concentration of birds was at the Bay City Oyster Plant. This little jetty was covered with gulls, Brown Pelicans, and Black Turnstones. 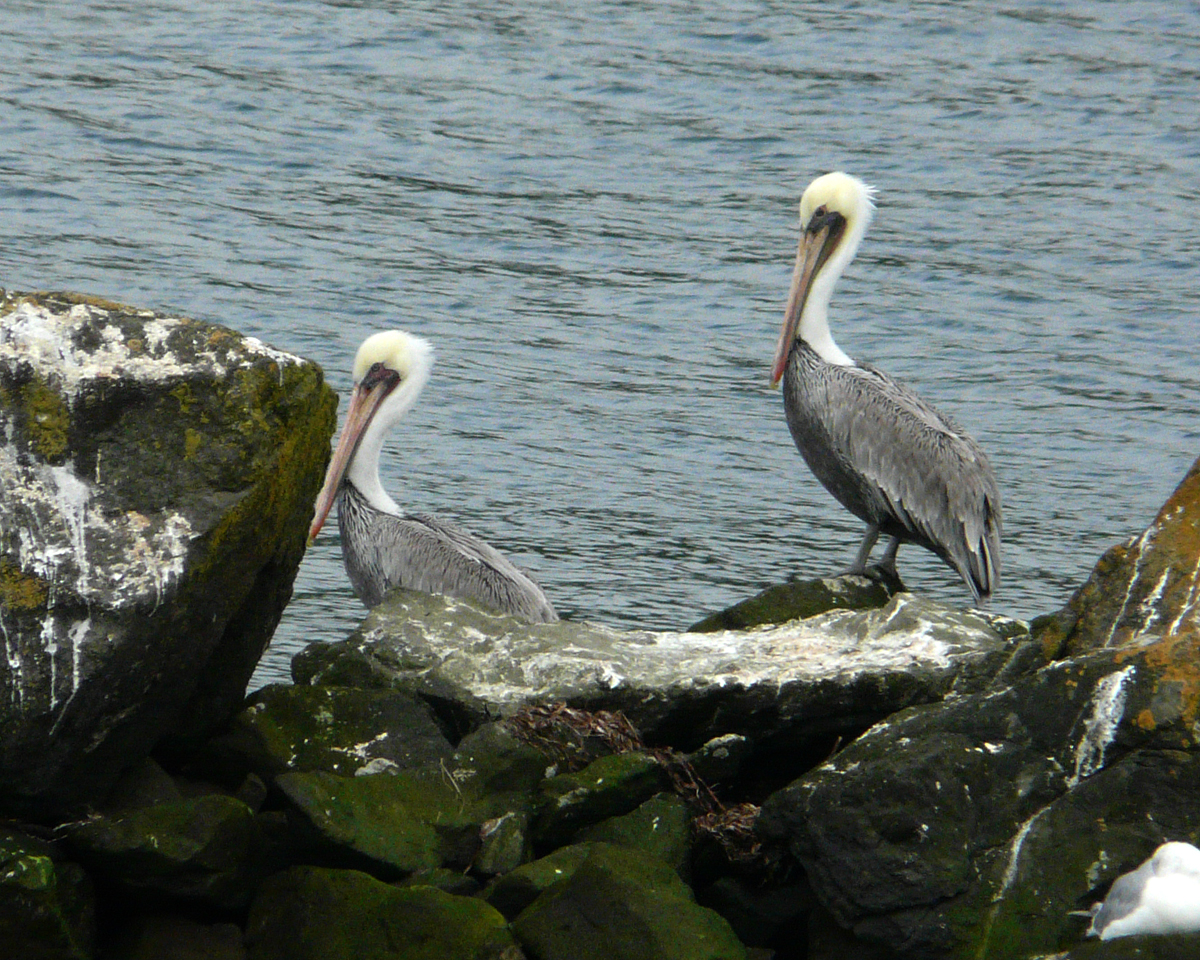 We found at least four Black Oystercatchers at the Three Graces Tidal Area.

At Barview Jetty, the rough seas and howling winds kept the expected seabirds out of the channel. But the big waves did reveal lots of Ochre Sea Stars. 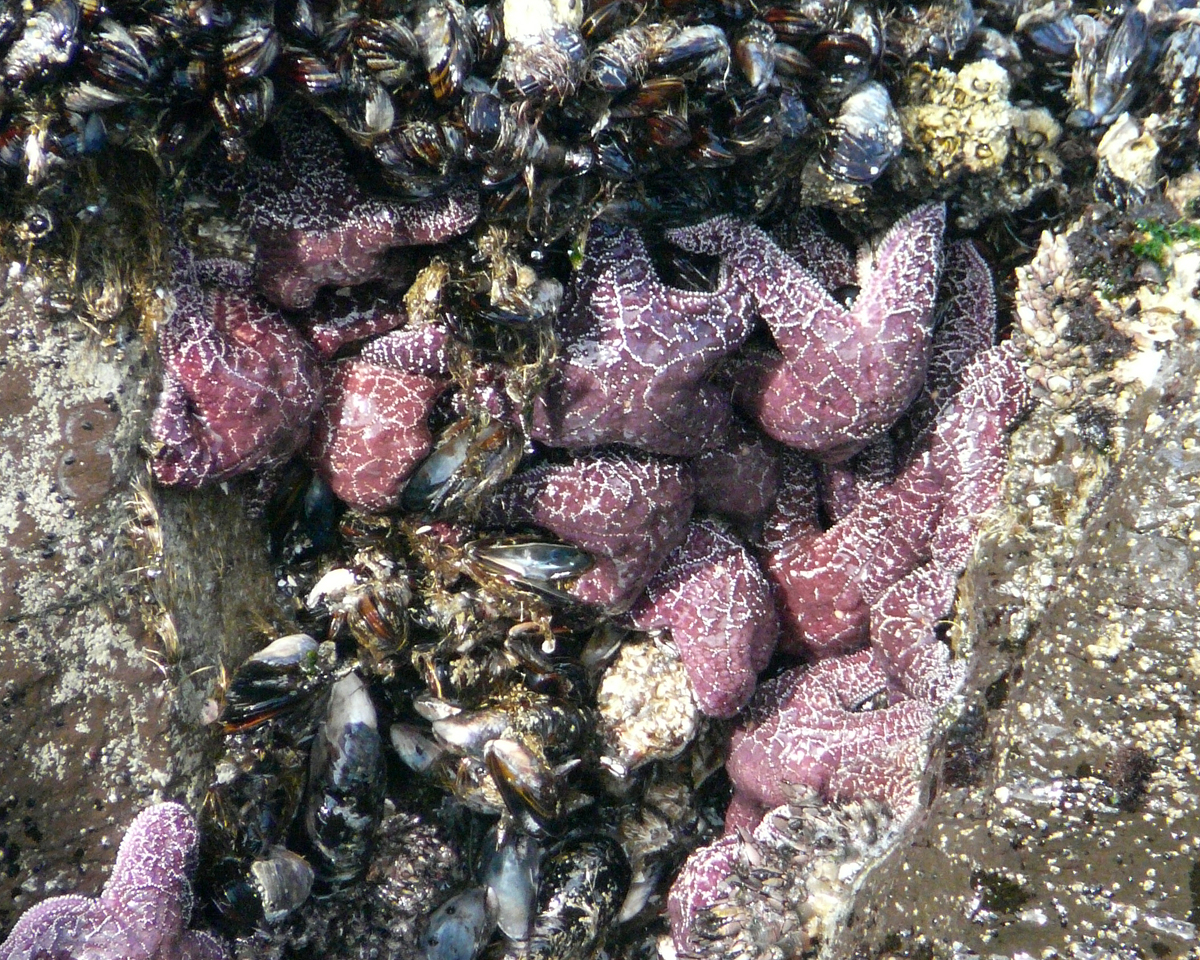 This lone Black Turnstone was the only shorebird we found braving the rough conditions.

Two of the more common rock-loving shorebirds along the coast are Black Oystercatcher and Black Turnstone. Both species hang out on rocky shorelines in the intertidal zone, probing the wave-splashed rocks for mollusks.

Black Oystercatchers would be very hard to see against the dark rocks if it weren’t for their bright red bills.

Black Turnstones nest in Alaska, but spend the winter along the west coast from Canada to Baja California. Their backs blend in with the rocks, but their underparts are bright white. 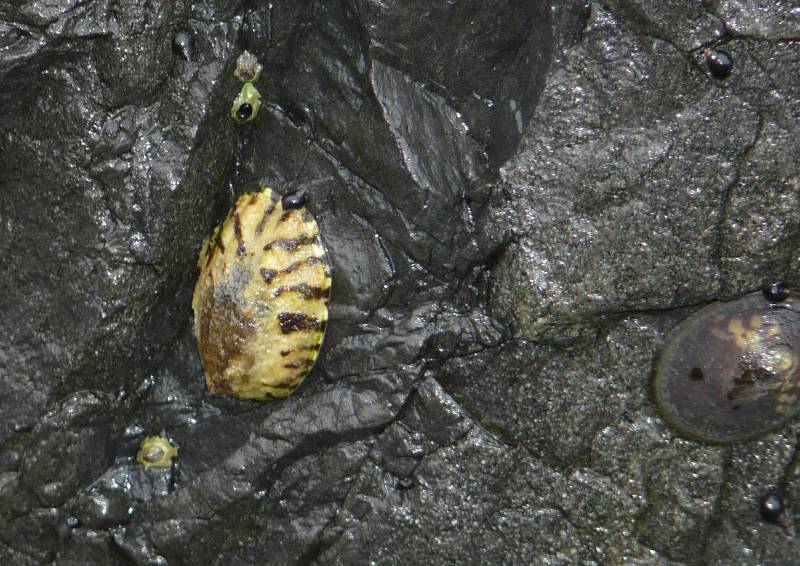 Limpets are among these birds’ prey species.  The shorebirds use their stout bills to pry the animals off the rocks to reveal the soft underparts.