While I normally don’t go too far to chase individual birds, two rarities have been hanging out on the coast, so I braved the cold winds to add a couple of tics to my life list. 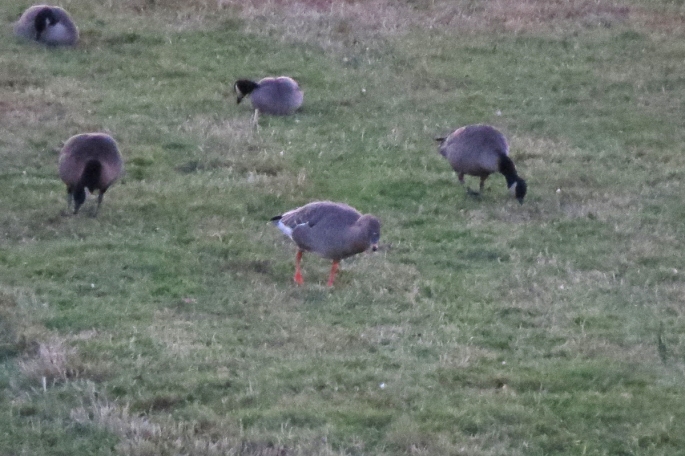 A Tundra Bean Goose has been staying at Nestucca Bay NWR. This is the first of this species recorded in Oregon. (They typically breed in Siberia and winter in Japan.) He has been reliable in the field below the observation platform at the lower parking lot.

A Brown Booby has been along the bayfront in Newport. She would coast downwind, then fly upwind close to the water, diving for fish and occasionally catching one. Brown Boobies are typically found in warmer waters south of California, but several have been seen along the Oregon coast this fall.

Two lifers in one day, especially two this rare in Oregon, made for a great day on the coast, despite the cold temperatures and the blustery winds.