I made two trips to the coast for my shorebird class last week. Migration is picking up, and the sun is actually making  occasional appearances. 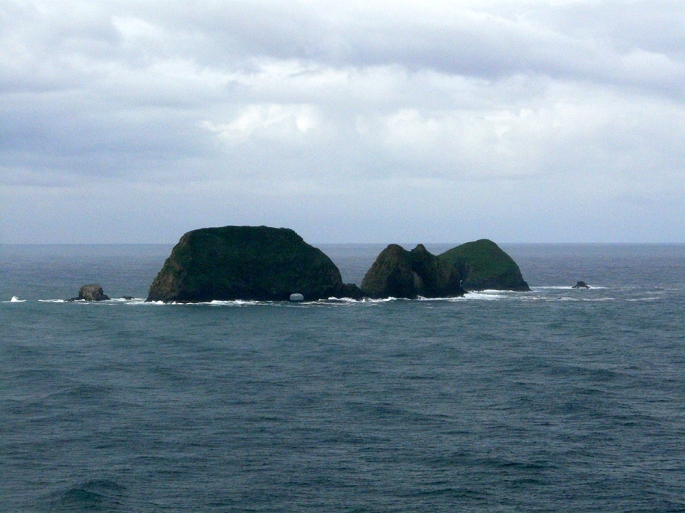 Three Arch Rocks, viewed from Cape Meares (Birding Oregon p. 129) This is the site of large seabird nesting colonies, but the rocks are too far out to see much. The small rock on the far left is a favorite haul out site for Steller’s Sea Lions, which you can see with a decent scope. 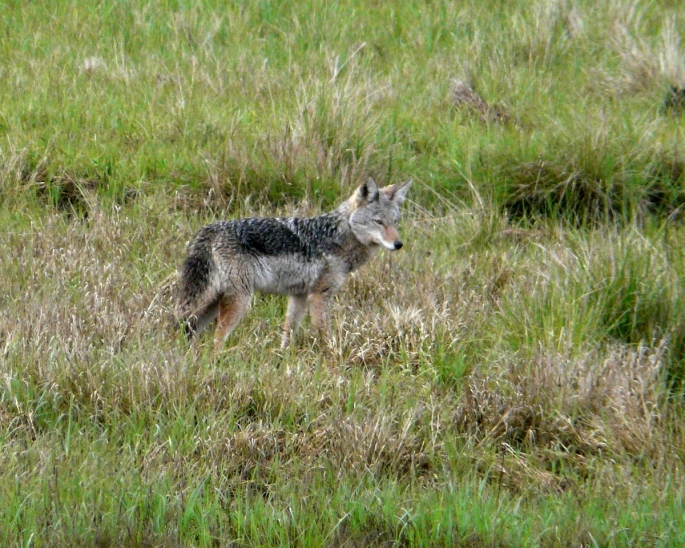 Two Coyotes were hunting in a meadow along Tillamook Bay. There is no shoulder along much of Bayocean Road, so I had to make a brief stop in the middle of the road to snap a couple of photos. I was struck by how dark these animals were, compared to Coyotes I see inland. 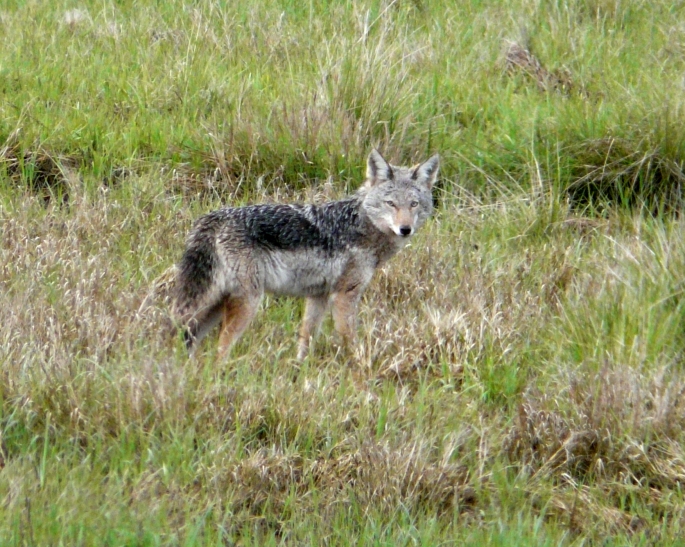 Keeping an eye on me. Coyotes are right to be nervous whenever a vehicle slows down nearby. Luckily, this human was only pointing a camera. 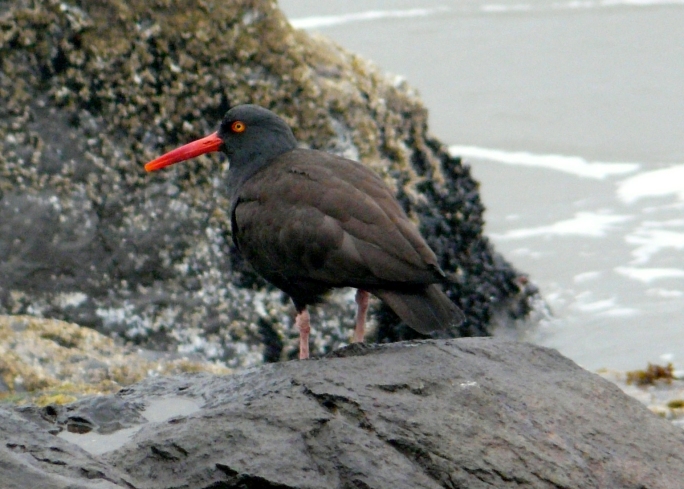 Black Oystercatcher on Barview Jetty (Birding Oregon p. 125) This jetty was recently rebuilt. As a result, the surface is smooth and easy to walk on, allowing you to go out much farther than before. But please don’t get the impression that it is EVER safe to walk out on a jetty. Even though you don’t have to hop from rock to rock, sneaker waves can still knock you onto the rocks or into the ocean. The jetty might have to age a bit before it attracts as many birds as before, since newer rocks don’t have as much sea life encrusted onto them. 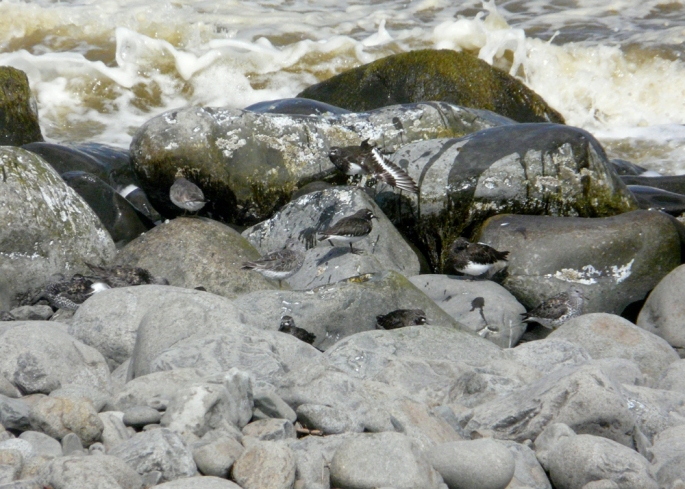 Black Turnstones and Surfbirds at The Cove in Seaside (Birding Oregon p. 121) These birds put on a great show for my shorebird class.