I birded Fort Stevens and Seaside on the coast today. I met a birder from the east who asked me when the shorebirds would be coming through. I explained that shorebirds were on the move now, but they tended to trickle through. The northern part of the Oregon coast doesn’t currently have any big shorebird staging areas. The birds stage at Grays Harbor and Willapa Bay in Washington, then tend to head straight for California. Oregon gets its share of migrants, but you have to be at the right place at just the right time to see them.

I found a few shorebirds today. 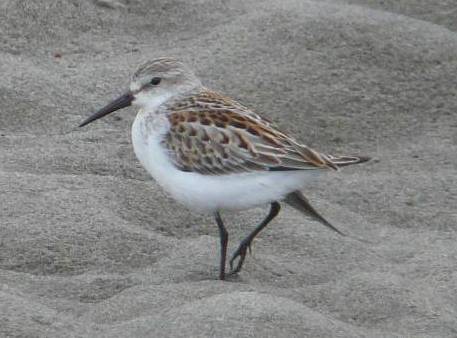 This Western Sandpiper had an injured right wing and foot. The line of rusty-fringed scapular feathers is part of this specie’s juvenal plumage. 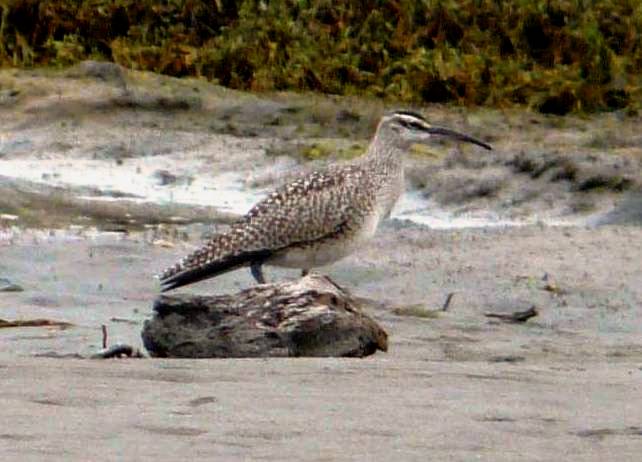 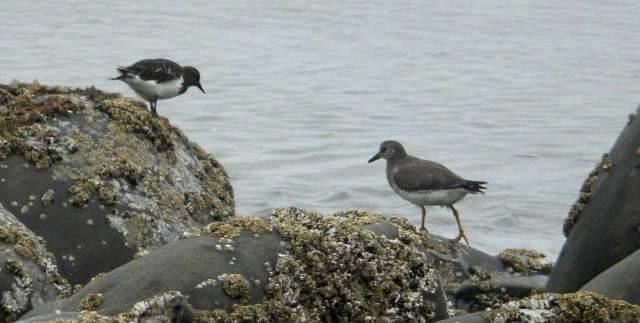 Here are two species in the “rockpiper” group of shorebirds, named for their preferred habitat. The bird on the left is a Black Turnstone. On the right is a Surfbird.

One thought on “North Coast Shorebirds”