Cackling Geese (Branta hutchinsii minima) winter here in the hundreds, but an individual in July is quite unexpected.

Clark’s Grebe is rare at Fernhill during migration, but never expected in summer. Here you can see the white of the face surrounding the eye, unlike the more expected Western Grebe, which shows the eye surrounded by the black of the cap.

With more white on the face and neck, Clark’s Grebe shows a more narrow black line down the back of the neck than does Western Grebe. 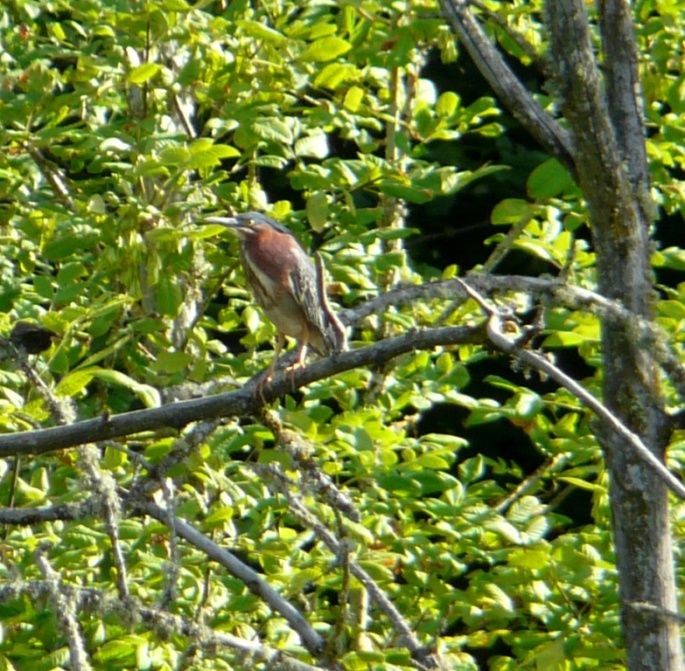 Green Herons are often flushed from the shores. This one sat in a tree briefly.

Common Carp were spawning in the main lake. Small groups of fish were swirling near the surface in several areas.