The Ball Park is an area off the coast of Bar Harbor, Maine where cold-water upwellings bring nutrients close to the surface. This cold food-rich environment attracts whales and other marine mammals, which in turn attract lots of tourists on whale watching trips. But this is also one of the best spots along the east coast for pelagic birding. Pelagic trips off the coast of Oregon have spoiled me a little, as the numbers and diversity of birds are so much greater than in the east, but it was still nice to see a few species that I don’t get to see in the west.

Wilson’s Storm-Petrels are the most common seabirds on these trips.

Great Shearwaters often fly along the boat, or rest on the water is large groups. 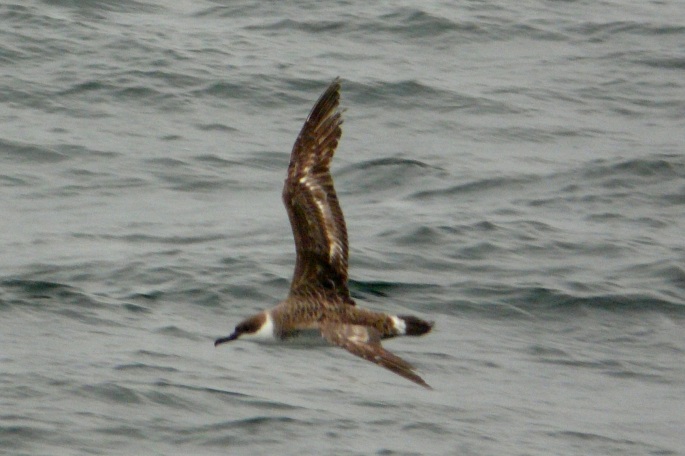 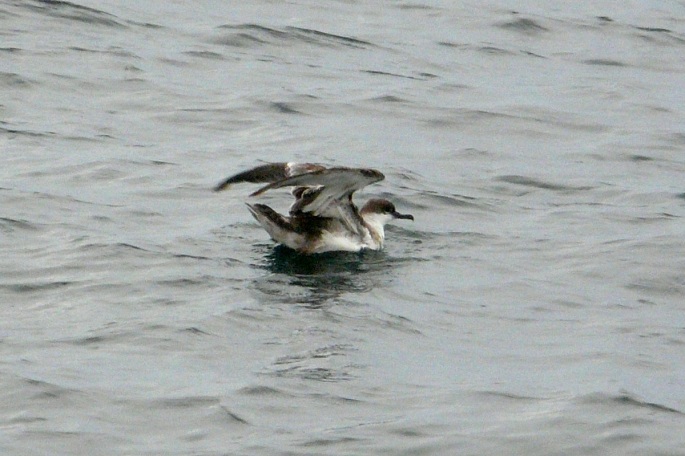 A few Sooty Shearwaters flew by. 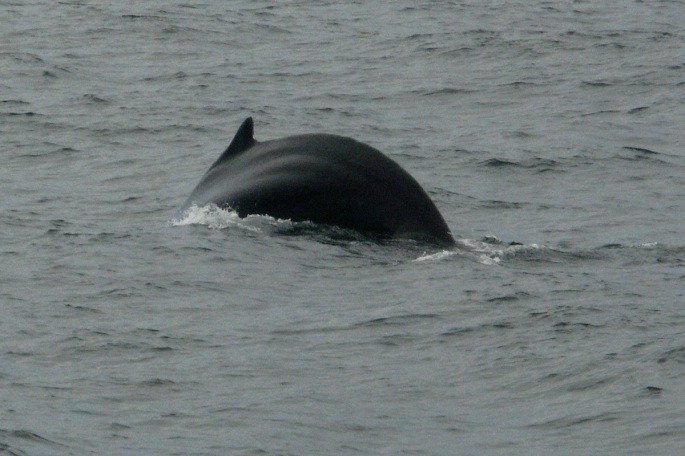 Of course, most people on the boat were looking for whales. A Minke Whale made a brief appearance to give me a life mammal, but this Humpback was much more cooperative. Researchers identify individual Humpbacks by the markings on their flukes. This is Gavel, who was first recorded in 2006. 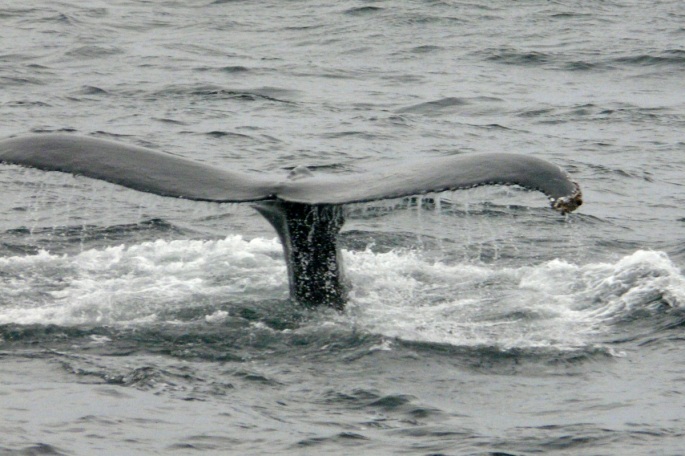 We got to smell Gavel’s breath at one point, an awesome, if rather gross, experience.

After chasing Gavel around for a while, the boat headed for Petit Manan Lighthouse, part of Petit Manan NWR. This island serves as a nesting colony for gulls, terns, and alcids. Only researchers are allowed on the island, and the boat does not get close enough to see the nesting areas, but the waters surrounding the island held a lot of birds. 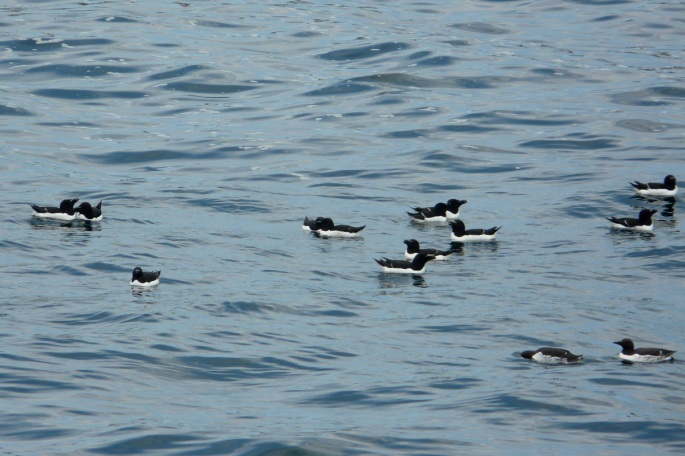 Here is a flock of Razorbills, with two Common Murres on the lower right.

Atlantic Puffins win the prize for cutest seabird on the trip.

I made my second attempt to visit Machias Seal Island off the coast of Maine this week. On my first attempt last year, the seas were “the roughest we’ve had all season” and it was too foggy to see much on the way out. When we arrived at the island, it was deemed too rough to land, so we coasted back and forth in the lee of the island before heading back. We still saw lots of birds, but couldn’t get on shore for nice close looks.

So I was really looking forward to this year’s trip. The forecast was for calm seas and sun. But I am a magnet for rough seas. The ocean was angrier than last year and the fog was thicker. I caught a brief glimpse of a Wilson’s Storm-petrel on the way out, but that was it. We couldn’t land on the island (although it didn’t look that bad to me) so we cruised around looking at foggy birds.

This is our view of the island. Believe it or not, there is actually a lighthouse, several buildings, and observation blinds here.

When we returned to the harbor in Jonesport, the sun emerged and revealed these harbor seals enjoying the beautiful summer weather. And so it goes. Perhaps, after enough time has passed to dull the memory of this trip, I will someday actually make it to the island and enjoy some face-to-face interaction with some Maine seabirds.