Nala and I spent a unseasonably warm morning around the towns of Cannon Beach and Seaside. Spring migration is just starting to kick in, but things are still pretty slow. 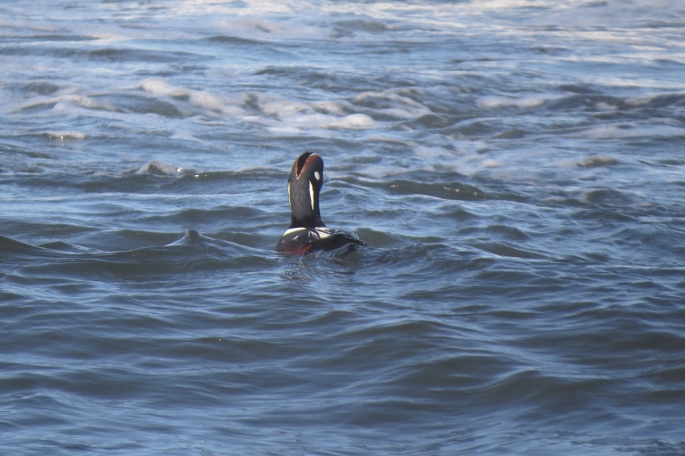 Since the tide was out, we were able to get pretty close to Haystack Rock and its compliment of Harlequin Ducks.

This band of California Gulls were hanging out on the beach (yellow legs), accompanied by a couple of young Western/Glaucous Winged (pink legs).

Most of the wintering Mew Gulls have left, but this one was on the beach in Gearhart.

Small numbers of Caspian Terns have returned to the Necanicum Esturary. A few were holding fish, trying to impress the ladies. It should work. I can be won over pretty easily with a vegan doughnut from VooDoo.

This bird was vexing. He is obviously a Ruby-crowned Kinglet, but I was convinced he was a Hutton’s Vireo. He moved very methodically, actually standing still for several seconds at a time. Spastic kinglets never sit still for that long. 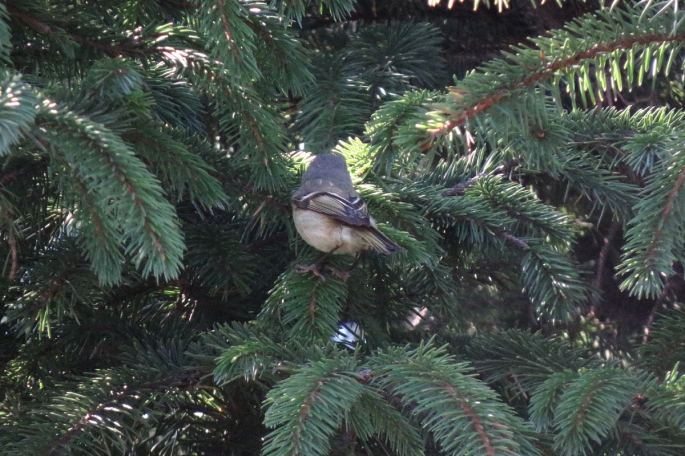 But he has the classic field marks of a Ruby-crowned Kinglet; a black bar at the base of the secondaries (lacking in Hutton’s), and black legs with yellow feet (all gray in Hutton’s). I don’t know why his behavior was so un-kinglet-like. Just another reminder to mind the details as well as the gestalt.