I recently came across a small flock of Lesser Goldfinches. This species has become much more common in the northern Willamette Valley in the past decade.

This species really stands out in the winter with their bright yellow underparts and cold greenish backs. Note the white wing bar and the little white patch at the base of the primaries. The more common American Goldfinch has a warmer golden brown cast in winter, and has buffy, not white, wing bars.

This is a male, probably a young bird given the lack of an extensive black cap. Notice the white patch on the spread tail feather. Females do not have white patches on their tails.

Pale females, like the top bird, are harder to distinguish from female American Goldfinches, as they lack the bright yellow underparts. Note the cold greenish back (not golden brown) and the white (not buffy) wing bars. 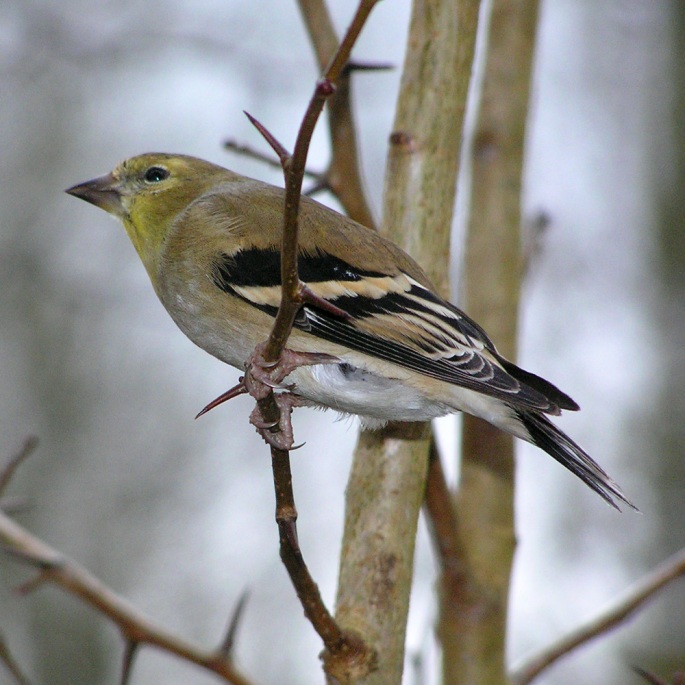 Compare this female American Goldfinch to the Lessers above and below.