I took a client to Cannon Beach this week to see the Tufted Puffins nesting on Haystack Rock (Birding Oregon p. 124). While he was photographing his lifer Heerman’s Gull, I had a chance to study a small flock of Western Sandpipers. Cannon Beach is a very popular tourist town, so the crowded beach usually holds very few shorebirds. But this flock had found a particularly slimy patch of rocks that was effectively repelling the tourists, so I was able to watch the birds feeding undisturbed.

This individual, probably a female, given the long bill, was still in full breeding plumage. Note the rufous, black, and white upperparts and the streaks and chevrons extending along the sides. 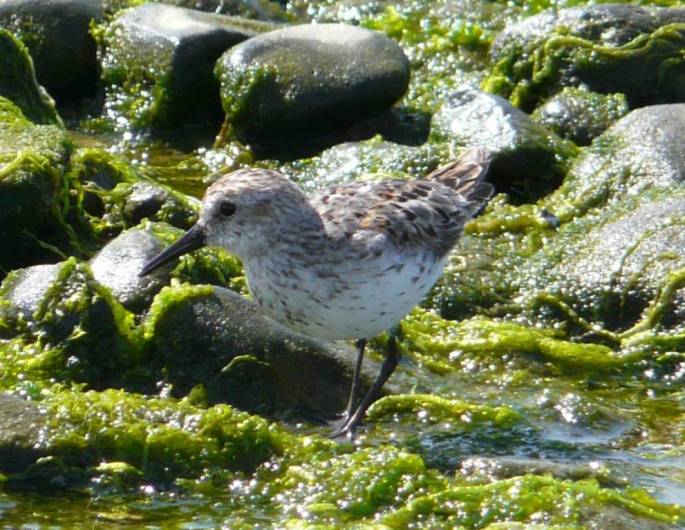 This bird is probably a male. The bill is short and straight, but still tapers to the tip. He is already starting to molt into his gray winter (basic) plumage, although he still retains a few colorful scapulars.

This probable female shows bold streaks and chevrons on the breast and sides. 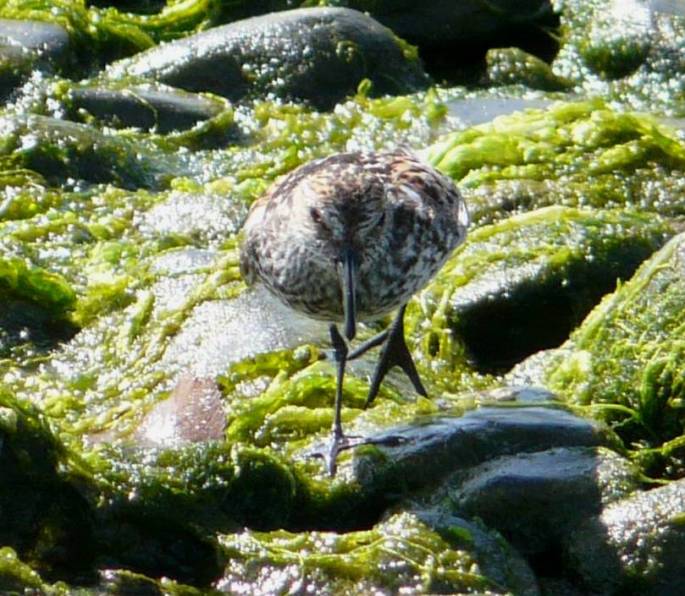 Here we see the partial webbing between the outer toes. Western Sandpiper and Semipalmated Sandpiper are the only two species of stints (or “peeps”) that show this trait.

I will be teaching a class on autumn shorebirds at Portland Audubon on September 16. For more information, click here.