Portland’s Westmoreland Park is a great place to find a variety of gull species during winter. Seven species and one hybrid are regular, and there is always the possibility of something more unusual showing up. 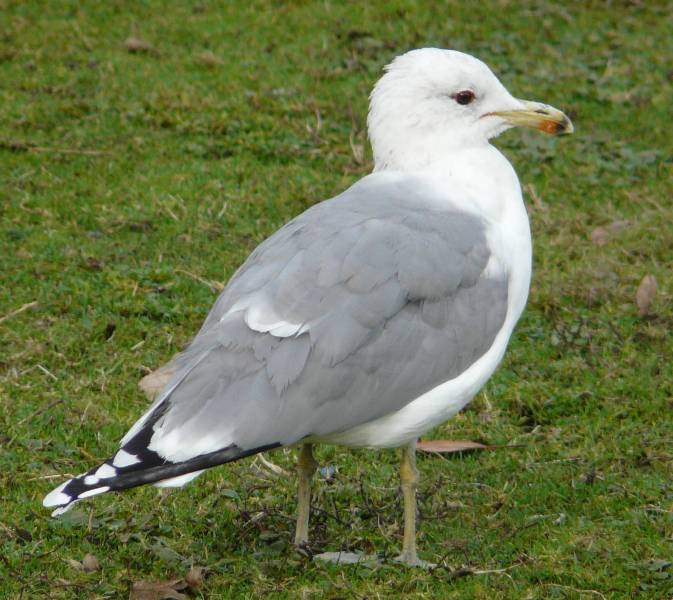 Here’s the Ring-billed Gull at rest. Note the fine streaking on the head and the red orbital ring. 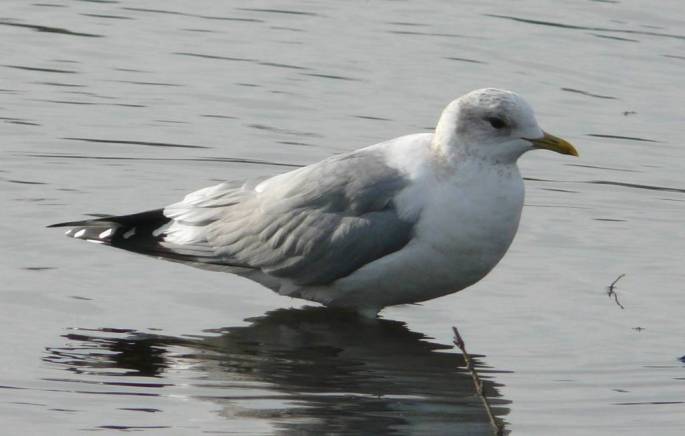 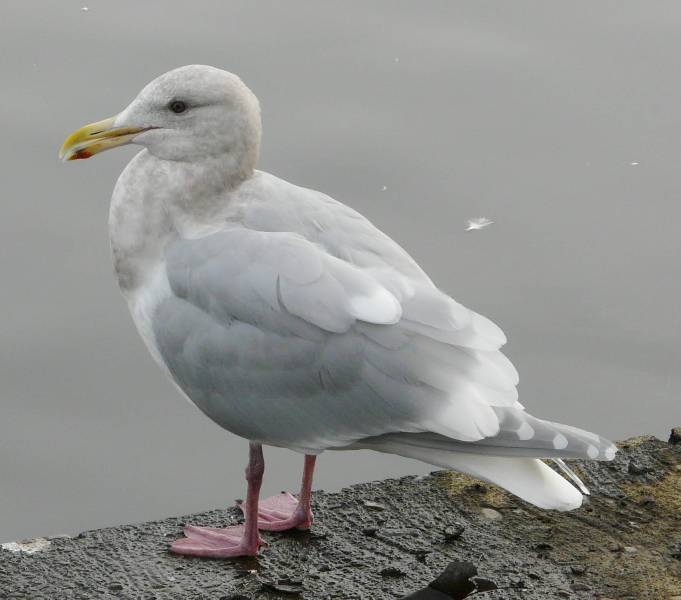 Glaucous-winged Gull:  Note the lack of contrast on this bird. The short wingtips are the same color as the mantle. The head and upper breast are covered with an even blurry mottling. The only parts that don’t blend in are the pink legs and feet.

Western Gull:  large size, dark gray mantle, short black wingtips, never any marks on the head – even in winter. This species is much more common on the coast, but a few make it in to the Willamette Valley in winter.

Western Gull X Glaucous-winged Gull hybrid (Olympic Gull):  an even blending of characteristics of both parent species. The mantle is darker than a pure GW, but Westerns never show this much mottling on the head and neck.  The wingtips are dark, but not actually black. You can tell this is a third cycle individual by the tiny bit of black on the tail and by the odd pattern on the bill. These hybrids show a great deal of variation, and are often the most numerous gulls in the area. 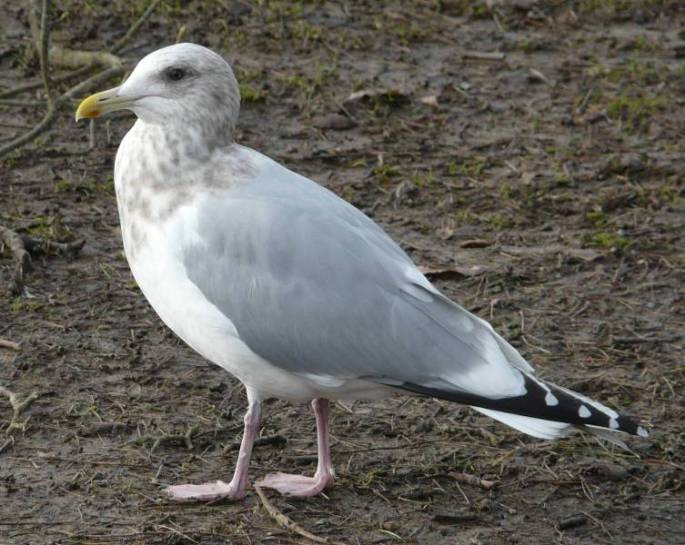