I combed the wigeon flocks at Portland’s Westmoreland Park and found examples of both species.

The bird in front is a male Eurasian Wigeon; the two in back are male American Wigeons. On the Eurasian, note the rusty head with the blond crown and the clear demarcation between the rose breast and gray sides.

another shot of the male Eurasian

The female Eurasian Wigeon has a warm brown head that blends in with the breast. The markings on the head are diminshed in the throat area.

Here’s the female Eurasian Wigeon with the male in the background.

On a female American Wigeon, the gray head contrasts with the brown breast. The head markings remain bold in the throat area. 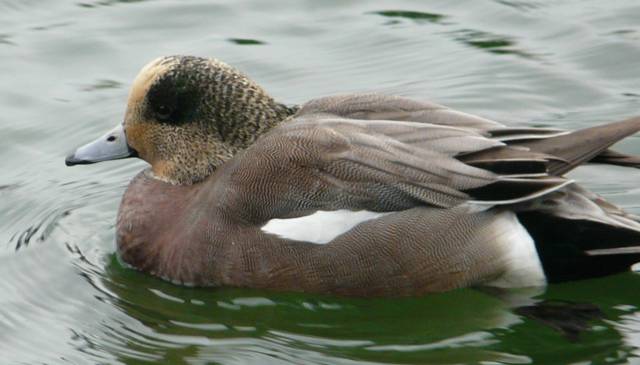 On some male American Wigeons, the cream color of the crown extends over much of the face.

The same hybrid, showing an even blending of characteristics from both species.