I walked around much of William L. Finley NWR, one of the three in the Willamette Valley National Wildlife Refuge Complex. Of the three, Finley has the greatest diversity of habitats, as it lies right at the edge of the Coast Range.

At the heart of the refuge is Cabell Marsh, home to waterfowl, herons, and a small flock of American White Pelicans. Notable flyovers that day included White-tailed Kite and Red-shouldered Hawk. 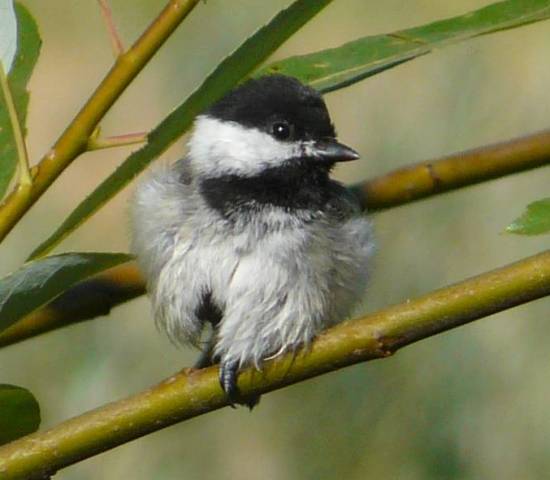 Black-capped Chickadees were everywhere, in the woods where you would expect them, and in the cattails which seemed a little odd.

A family of Bewick’s Wrens were in a brush pile near the top of Pigeon Butte.

On the way home I stopped by Baskett Slough NWR, another refuge in the Willamette Valley complex. Most of the wetlands here were dry. South Slough Pond was actually being plowed. Cottonwood Pond still held water and was hosting these three American White Pelicans.

This Black-tailed Deer was panting as she walked across the dry grassland and crossed the road.

One thought on “Finley NWR”